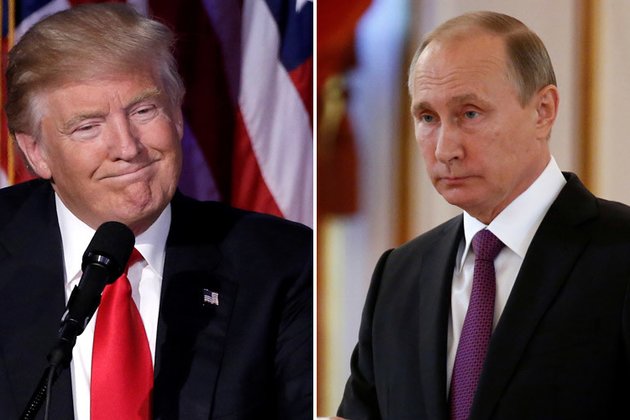 WASHINGTON, U.S. - The poisoning of the controversial former Russian double agent Sergei Skripal and his daughter in the English city of Salisbury earlier this year, caused the already fractured ties between Russia and the West to further sour.

Once a colonel in Russia's GRU military intelligence service, 66-year-old Sergei Skripal, a former Russian spy, worked as a double agent for the British intelligence.

In 2004, Skripal was arrested in Russia and was sentenced to prison for spying for Britain.

Then, in 2010, in a cold-war style spy swap, Skripal was released in return for ten Russian agents who were operating in the U.S.

Since then, the former Russian double agent had decided to settle in the sleepy cathedral town of Salisbury, southwest of London and managed to lead a quiet life there until earlier this year.

In March, Skripal, along with his 33-year-old daughter, Yulia Skripal were found slumped over on a bench outside a Salisbury shopping mall, in an unresponsive state.

After establishing the identities of the victims, Britain spent days trying to figure out what sickened the Skripals.

U.K. investigators eventually learned that the father and daughter duo had been poisoned by a rare, Soviet era nerve agent called Novichok.

With fingers immediately pointing at the Kremlin, British authorities warned Russia that the U.K. would respond strictly if the Kremlin was behind the poisoning.

Eventually, in April, the U.K. Prime Minister Theresa May is said to have presented some proof and managed to convince EU leaders and the U.S. of Kremlin's involvement.

While Trump first sought decisive evidence from the U.K. Prime Minister Theresa May to prove her claims - he eventually decided to show against the act.

Following the attack and the subsequent allegations made by May's government - European countries expelled a total of 100 Russian diplomats.

Days later, the U.S. announced that it had expelled 60 Russian diplomats, labelling them as spies - in a move that came at the strongest such action taken by the U.S. government against Russia since 1986.

Further, the expulsions in April became the most forceful action taken against Moscow by Trump since he came was elected.

On Wednesday, the U.S. State Department spokeswoman Heather Nauert issued a statement and said, "Following the use of a 'Novichok' never agent in an attempt to assassinate U.K. citizen Sergei Skripal and his daughter Yulia Skripal, the United States, on August 6, 2018, determined under the Chemical and Biological Weapons Control and Warfare Elimination Act of 1991 (CBW Act) that the Government of the Russian Federation has used chemical or biological weapons in violation of international law or has used lethal chemical or biological weapons against its own nationals."

The statement added, "Following a 15-day Congressional notification period, these sanctions will take effect upon publication of a notice in the Federal Register, expected on or around August 22, 2018."

As part of its latest sanctions, U.S. also announced that it will also ban Russia from receiving U.S. weapons or military technology and financial assistance.

The U.S. State Department officials said that on a call that the economic impact of the sanctions would be in the range of "hundreds of millions of dollars" and would target electronic devices and engines, for example.

There could also be a second round of sanctions that would be "more draconian" than the first round, the officials said. Russia would be subjected to new sanctions unless it agreed not to use chemical or biological weapons against its own citizens, the State Department said.

However, the new U.S. sanctions have been announced weeks after Trump and Putin met in Finland and vowed to built

On Thursday, a top Russia government official slammed the U.S. sanctions as "unacceptable."

Peskov added that Putin's regime considers "categorically unacceptable the linking of new restrictions, which we as before consider illegal, to the case in Salisbury."

He said, "Once again we deny in the strongest terms the accusations about the possible connection of the Russian state to what happened in Salisbury. This is out of the question. Russia did not and does not have, and could not have, any connection to the use of chemical weapons."

Dubai getting back to business after lengthy break

DUBAI, UAE - Malls throughout Dubai are slowly building their business after being dormant for some weeks due to the ...

Tensions between U.S. black communities and police go back centuries

Outrage over racial profiling and the killing of African Americans by police officer ...

WASHINGTON, DC - Under siege in the White House, President Donald Trump is aggravating America's latest racial anguish in a ...