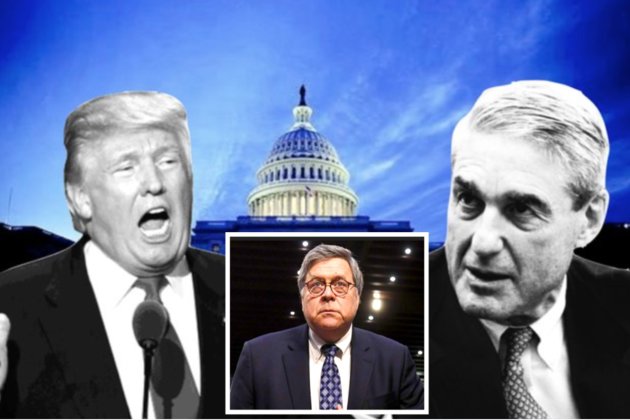 WASHINGTON, U.S. - In a heated confirmation hearing before the Senate Judiciary Committee on Tuesday, the U.S. President Donald Trump's nominee to be the U.S. Attorney General, William Barr fielded tough questions from Senators.

Seeking to assert his independence, Barr contradicted the U.S. President and told Senators that the U.S. inquiry into Russia's alleged 2016 election meddling is not a witch hunt.

Barr tried to assure Senators that he is not a Trump loyalist and vowed that he would not be bullied by the President in his role as the Attorney General.

If confirmed as the country's top law enforcement officer, Barr would be in charge of Special Counsel Robert Mueller's investigation.

Mueller is investigating Russia's interference in the 2016 U.S. Presidential election and any possible collusion between Moscow and Trump's campaign.

Barr answered tough questions related to Mueller's probe and told lawmakers that he would protect the federal probe from political pressure.

Trump's AG nominee also stressed that he would bring independence to the job and would not shy away from breaking ranks with the administration.

Barr said at the hearing, "I will not be bullied into doing anything that I think is wrong - by anybody, whether it be editorial boards or Congress or the president. I'm going to do what I think is right."

While Trump and his administration officials have repeatedly tried to undercut the investigation, targeting both Mueller and his line of investigation - Barr stressed during his hearing, "On my watch, Bob will be allowed to complete his work."

Barr also said that his primary loyalty would be to the rule of law.

He praised Mueller calling him a longtime friend, who is a "straight shooter," and said, "I don't believe Mr. Mueller would be involved in a witch hunt."

Adding, "I think the Russians interfered or attempted to interfere in the election and we have to get to the bottom of it."

Barr also told lawmakers that he did not seek out the job and was reluctant to accept when Trump offered it to him.

Despite Barr's repeated insistence about defending Mueller's probe, Democrats questioned him about a legal memo he wrote last year, in which he had criticized the Special Counsel's conduct.

In an unsolicited, 19-page memo, Barr had claimed that an aspect of the probe was "fatally misconceived," and wrote that the special counsel should not be able to interview the president about his decision to fire FBI Director James Comey in 2017.

Democrats claimed that the critical memo that Barr wrote in 2018 to the Justice Department, was a "job interview" to impress the U.S. President.

However, Barr dismissed the suggestion, calling it "ludicrous" and defended his "entirely proper" decision to criticize Mueller's probe into whether the president had sought to obstruct justice.

He also argued that his memo did not question the legitimacy of the probe as a whole, but only expressed concerns that the special counsel might be improperly interpreting one aspect of the law.

He claimed, "I think it was entirely proper," adding that it was not unusual for former Justice Department officials to share their views of legal matters.

Barr, who was attorney general under Republican President George H.W. Bush in the 1990s, is expected to win confirmation in the Republican-controlled Senate.