Mueller report to be released on Thursday 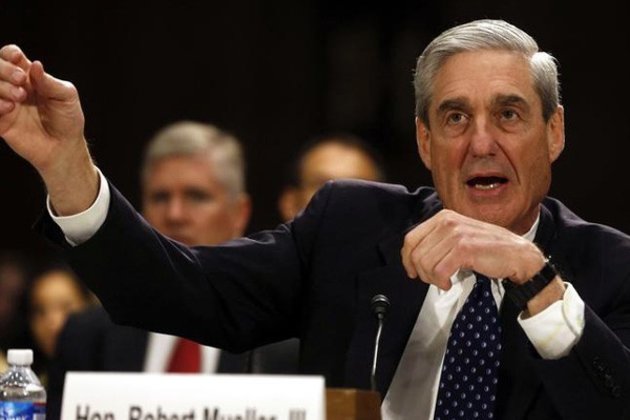 Washington [USA], Apr 16 (ANI): Special Counsel Robert Mueller's much-awaited report will be released on Thursday, according to a US Justice Department spokesperson.

The report includes the Special Counsel's findings from the 22-month long investigation into alleged Russian collusion in the 2016 Presidential elections which saw the incumbent US President and former businessman Donald Trump rise to power.

Democrats in the US Congress have demanded the release of the complete report, which has been denied by Attorney General William Barr who said that certain information like grand jury material will be kept from public release, reports The Hill. They have slammed Barr's recently submitted principal conclusions from the investigations.

While Mueller has stated that Trump and his associates did not conspire with Russians, he has not completely exonerated the US President. The Special Counsel did not "make a traditional prosecutorial judgment" in his report, according to Barr.

"The Special Counsel's decision to describe the facts of his obstruction investigation without reaching any legal conclusions leaves it to the Attorney General to determine whether the conduct described in the report constitutes a crime," Barr's summary stated.

The 22-month long Mueller investigation saw around 500 witnesses being interviewed, while more than 3,500 subpoenas and warrants of various types were obtained. 13 requests to foreign governments for evidence were also made as part of the massive investigations.

While there are no further indictments, the investigation saw charges being filed against 37 defendants, seven guilty pleas and one conviction.

Barr had earlier said that Mueller himself would be involved in the scrubbing of the report before the document is released to the public. (ANI)

NEW YORK, New York - U.S, stocks ran out of steam on Thursday with fears about the worsening U,S.-China relationship ...