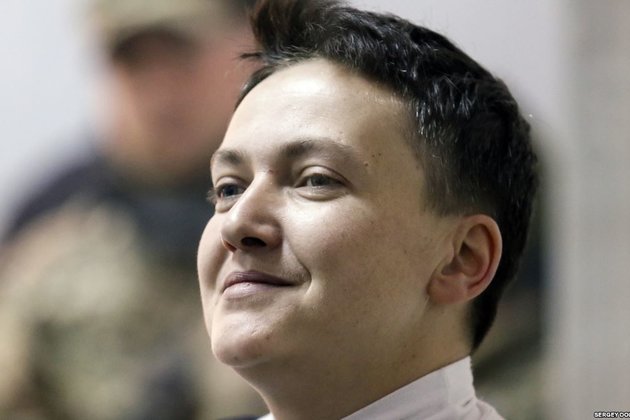 Ukrainian lawmaker Nadia Savchenko, who is accused of plotting a terrorist attack on parliament with grenades and automatic weapons, has been released from jail.

Following the expiration of the term of a preventive detainment against Savchenko and former officer Volodymyr Ruban at midnight on April 15, the judge of the Brovarsky district court of the Kyiv region released them from custody.

Savchenko, a former military helicopter navigator who entered politics after returning home in 2016 following two years in a Russian jail, declared her intention to run in the 2019 Ukrainian presidential election. She had been elected a lawmaker in the Ukrainian parliament while still in Russian captivity.

In March 2018, she was charged with planning a terrorist attack to overthrow the Ukrainian government, stripped of her parliamentary immunity, and arrested on suspicion of planning an assault on parliament and supporting a coup.

Savchenko has maintained her innocence, saying that she did not plan any terrorist attack, but talked with undercover Ukrainian government agent provocateurs who sought to discredit her.

She has drawn fire from several political camps, facing criticism for holding talks with the separatists without government consent and for comments nationalists said indicated she advocated accepting Moscow's seizure of the Crimean Peninsula from Ukraine.

Ruban was detained in March 2018 while crossing into government-controlled territory in eastern Ukraine, allegedly with large amounts of weapons and ammunition hidden in a shipment of furniture.