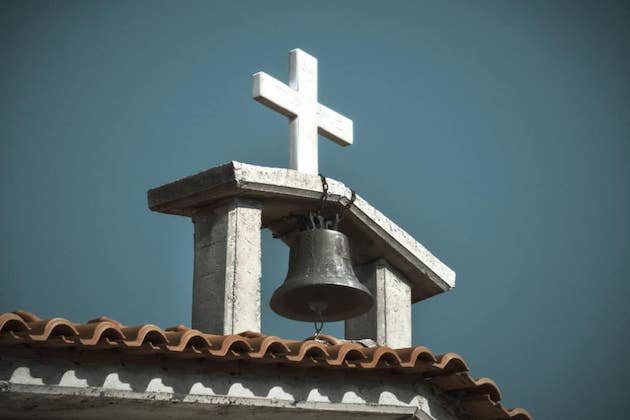 <p>BURKINA FASO - In the second major incident in two weeks in the West African country of Burkina Faso, six people have been killed in an ambush of a Catholic Church. All six, including the priest saying Mass, were shot to death and the church, set on fire by the attackers, was burnt to the ground.</p><p>Just <a href="https://www.nytimes.com/2019/04/29/world/africa/burkina-faso-church-attack.html">two weeks ago</a> on 29 April 2019, a similar attack took place on a Christian church in the village of Silgadji, in the north of Burkina Faso. Six people were killed in that attack as well, including the church&#39;s pastor.</p><p>The latest attack, also in the north of the country, took place in the town of Dablo, in a region that has been plagued with severe violence for many months. A health centre near to the church was also torched in the attack, along with a number of other buildings including a restaurant. Twenty to 30 armed men are believed tlo have taken part in the attack..</p><p>&quot;I urge all citizens of Burkina Faso to stand firmly with one another across communities and not to succumb to efforts to sow discord and breed further violence,&quot; United Nations Secretary-General Ant&oacute;nio Guterres said Monday.</p><p>Maria Espinosa, President of the General Assembly, said in a tweet: &quot;We cannot tolerate hatred. The fundamental right of religious freedom must be respected everywhere.&quot;&nbsp;</p><p>Metsi&nbsp;Makhetha, the UN Resident Coordinator in Burkina Faso,&nbsp;also tweeted her response to the shootings in&nbsp;Dablo, condemning the &quot;heinous attacks&quot; and offering her condolences to the families of those who lost their lives.&nbsp;</p><p>The shootings came just days after <a href="https://news.un.org/en/story/2019/05/1038131">warnings</a> from top United Nations officials, including Ms.&nbsp;Makhetha, of an &quot;unprecedented&quot; rise in &quot;sophisticated armed attacks in the Sahel&quot;, which are putting the future of a &quot;whole generation&quot; at stake.&nbsp;</p><p>Violence is spreading in Mali and Niger, as well as Burkina Faso, and risks spilling over into other West African countries. This has led&nbsp;to a five-fold rise in the displacement of the local population in the last 12 months, who have seen more than 330,000 people leave their homes, in addition to 100,000 refugees.&nbsp;</p><p>According to Ms.&nbsp;Makhetha, &quot;ISIS-inspired&quot; armed groups, threaten to destabilize longstanding traditional methods of community-based conflict resolution.</p>