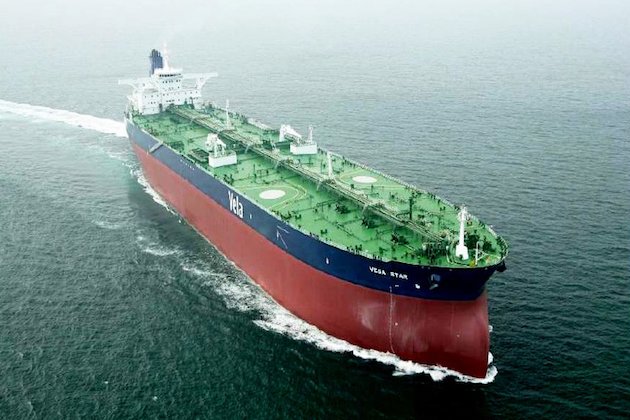 <p>FUJAIRAH, UAE - Oil prices rose sharply on Monday as news broke of the alleged sabotage of four vessels, including two Saudi oil tankers, in the waters of Oman, near the Fujairah, UAE coast.</p><p>The two Saudi tankers were targeted in a &quot;sabotage attack&quot; off the coast of the UAE,&nbsp;Saudi Arabia&rsquo;s energy minister Khalid Al-Falih said Monday, according to the <a href="https://www.spa.gov.sa">Saudi Press Agency</a>.</p><p>He said one tanker was en-route to Saudi Arabia to be loaded with Saudi crude oil bound for the United States for Saudi Aramco customers.</p><p>&quot;Fortunately, the attack didn&rsquo;t lead to any casualties or oil spill, however, it caused significant damage to the structures of the two vessels,&quot; Al-Falih said.&nbsp;</p><p>The Saudi Ministry of Foreign Affairs said the kingdom condemned&nbsp;the acts&nbsp;of sabotage.&nbsp;</p><p>&quot;This criminal act poses a serious threat to the security and safety of maritime traffic and negatively affects regional and international peace and security,&quot; a Saudi foreign ministry statement published on Monday said.</p><p>The General Secretariat of the Organization of Islamic Cooperation (OIC) also condemned the attacks. The OIC said in a <a href="https://www.spa.gov.sa/viewfullstory.php?lang=en&amp;newsid=1923476#1923476">statement</a> Monday that &#39;this sabotage action threatens the security and safety of international maritime traffic, calling on the international community to shoulder its responsibilities to ensure maritime traffic and safety, and to ensure the stability of the security of the region.&#39;</p><p>The UAE foreign ministry reported on Sunday that four commercial vessels had been the target of sabotage attacks near its territorial waters.</p><p>The alleged sabotage of the &quot;civilian trading vessels of various nationalities,&quot; was under investigation, the UAE foreign ministry said.&nbsp;</p><p>U.S. President Donald Trump when asked on Mon day for his thoughts on the alleged sabotage, responded:&quot;It&#39;s going to be a bad problem for Iran if something happens.&quot;</p><p>Iran however joined in the condemnation lof the attack and warned that foreign players may well be manipulating events to cause hostilities. The incidents are &quot;alarming and regrettable,&quot; Iranian Foreign ministry spokesman Abbas Mousavi said in an English-language statement on the ministry&rsquo;s website. He called for an investigation into the attacks.</p><p>(File photo.&nbsp; Credit: Vela).</p>