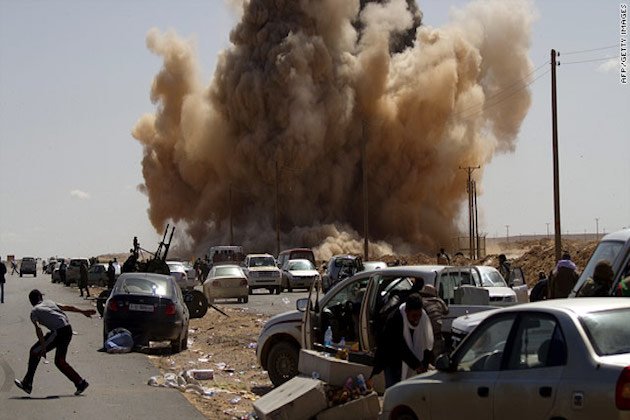 TRIPOLI, Libya - At least 9 civilians have died in an airstrike on a military storeroom in the Libyan capital, Tripoli.

A child and two women were among those killed, according to Libyan Health Ministry spokesperson Fawzi Wanis, who confirmed the series of airstrikes also damaged a hospital in the neighbourhood.

Government authorities say the attacks were carried out by the self-styled Libyan National Army (LNA) forces of General Khalifa Haftar.

Libya has been a mess since the fall of Muammar Gaddafi in 2011.

The country is effectively divided with the LNA in control of the eastern part of Libya, while the western section beginning in Tripoli is in the hands of the Government of National Accord (GNA), which is recognised as the legitimate government by the United Nations.

GNA forces have been under attack from the LNA attempting to resume control of the capital. The LNA launched its latest offensive in April.

There have been numerous clashes in and around the outskirts of Tripoli led by Haftar, who leads the parallel administration in the eastern city of Benghazi.

UN estimates put the number of people killed in the past two months at 650, with a further 90,000 forced from their homes.