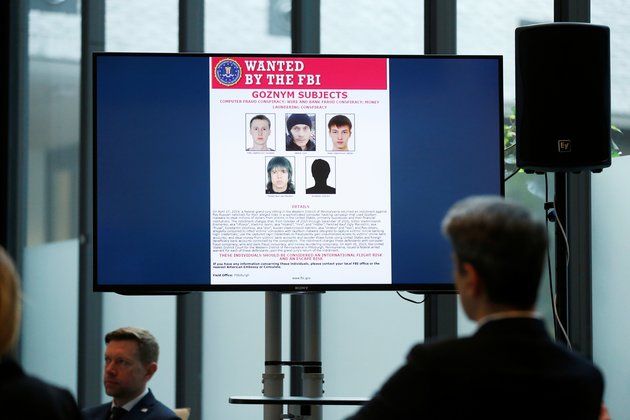 The European Union's 2019 cybercrime report said the number of online attacks is going down but criminals are targeting more data and profits.

The European Union's law enforcement agency developed the report that shows that ransomware remains the top cybercrime threat. Ransomware attacks block access to vital data and are described as being targeted, more profitable for the attackers and causing greater economic damage to private and public entities.

The report, called the Internet Organized Crime Threat Assessment, cited the 2019 "GermanWiper" ransomware as an example of the harm it can bring. That ransomware replaced the files of German companies, making them unrecoverable.

The report identified concerns of governments becoming victims to ransomware attacks. Local governments in the United States, like the cities of Atlanta and Baltimore, have fallen victim to it. According to the report "every state in the U.S. has been hit with an attack, with the exception of Delaware and Kentucky."

The IOCTA said the United States has seen more damage from ransomware than the European Union, but that could change as cybercrime "evolves."

Europol also highlighted online sexual exploitation of children. A report says cybercriminals can use the internet to access sexually explicit content of minors. It says a growing number of juveniles have been sharing sexual pictures or videos with peers, which could be stolen and reposted.

Cybercriminals can also make content themselves. The report targeted deepfakes as being used to create videos of children using their own material. Deepfakes create false images and have been used to produce explicit content from celebrity websites. A comedian used Artificial Intelligence to generate a deepfake of former U.S. president Barack Obama.

Other developments in cybercrime like decentralized, unregulated internet marketplaces and phishing scams that steal personal data, remain concerns for Europol because of their potential to continue to evolve even as law enforcement works to prevent it.

SYDNEY, Australia - Wall Street took a breather on Thursday following more than a week of protests across the U.S., ...

ROME, Italy - Global food commodity prices fell for the fourth consecutive month in May as the coronavirus (COVID-19) epidemic ...

SYDNEY, Australia - Stocks in Asia advanced on Thursday but gains were limited, and not universal.China's Shanghai Composite finished flat.The ...

75% of consumers in UK, Australia and U.S. slam Chinese government

LONDON, UK - More than 75% of consumers in the UK, US and Australia blame the Chinese government for the ...

JERUSALEM - The only Palestinian industrial area in East Jerusalem is to be demolished, and the present occupiers of the ...

HOUSTON, Texas - Over 60,000 people showed up for a Houston protest and rally in the wake of George Floyd's ...

LONDON, UK - Altaf Hussain, the founder and leader of the Muttahida Qaumi Movement (MQM), has appealed to the United ...