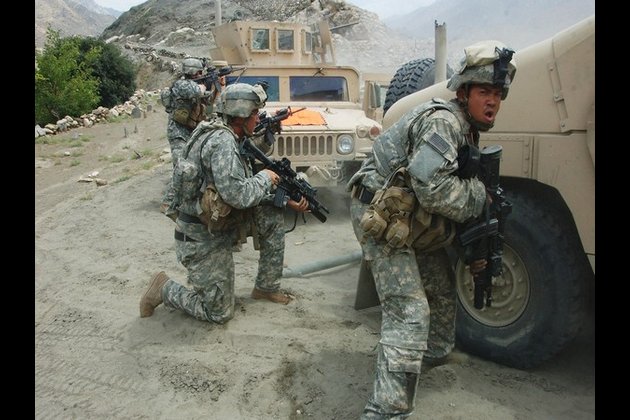 Washington D.C. [USA], April 7 (ANI): It came as a surprise when the Sindh High Court on April 2 overturned and reduced the decade-old murder conviction of Ahmed Omar Saeed Sheikh -- a Pakistan-based Mujahideen accused of killing and video-tapping the slaughter of Wall Street Journal reporter Daniel Pearl in 2002.

The development has strangely come after the United States brokered a peace deal with the Taliban, ensuring the removal of its own troops following one of America's largest wars in recent history, and putting at stake Afghanistan's security and stability as the Taliban reject to consider the very legitimacy of the elected Ghani-government in Kabul.

Ceasing "endless wars" might be the slogan of the day, but how does the end of wars really matter, Michael Rubin questioned in 'Pakistan Is Showing US Enemies How to Defeat America', an article published in the US-based National Interest magazine.

A Sikh gurdwara in Kabul witnessed one of the grisly attacks claimed by Islamic State in Khorasan Province (ISKP), a child of Pakistan's Inter-Service Intelligence (ISI), earlier this month that claimed the lives of 25 innocent minorities.

"Simply put, the US' willingness to accept a flawed 'peace' deal with the Taliban has convinced Taliban sponsors within Pakistan's military and all-powerful intelligence service that Washington is weak and its concerns not worthy of serious attention," the article said.

"The evidence exposing Pakistan's support for the Taliban and its covert relationship with Al Qaeda remains overwhelming. Not only did Al Qaeda founder Osama Bin Laden find shelter in a townhome to Pakistan's primary military academy, but the US forces killed the leader of Al Qaeda in the Indian Subcontinent during a raid on a Taliban compound," it added.

The above evidence is enough to prove that President Donald Trump may have felt that he has fulfilled a promise to end America's longest war, but it would be a mistake for the administration to believe its own spin because no one else does.

Al Qaeda has lauded the Taliban's "great victory" and a "humiliating defeat" for the United States. "Even if we don't say that the US is defeated in Afghanistan, it is an open secret now that they are defeated," Anas Haqqani, son of the Haqqani network's founder, was quoted as saying by the publication.

Pakistani religious officials broadcast how America was "begging for peace and escape."It is true that what happens in Afghanistan doesn't stay in Afghanistan.

"Progressives and liberals say that diplomacy should be the strategy of first resort. They are right. But when the United States loses credibility on the battlefield and adversaries concluded that Washington neither has the will nor the way, they will run roughshod over American interests. Pakistan's release of Pearl's killer is only the beginning," Rubin stressed in his article. (ANI)