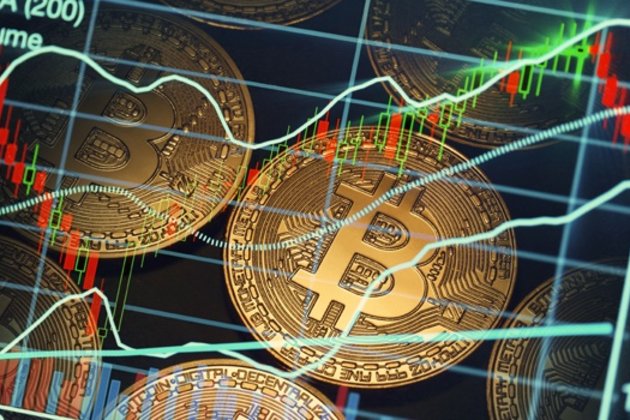 Bitcoin mania is back and with it, the return of sky-high predictions from celebrity crypto fund managers to Wall Street stalwarts of where it can go next.

The world's largest digital currency is in the midst of an exuberant rally that this week saw it cross above $18 800 for the first time in almost three years. Strategists and crypto fans alike are now rushing to project its next never-before-seen heights. Outside of the eternal to the "moon" pronouncements from Twitter pundits, forecasts vary from $25 000 to more than $300 000 by the end of next year.

Here's what's aided Bitcoin's run: a warmer embrace from the likes of Fidelity Investments and JPMorgan Chase & Co. is often cited as a catalyst, as is a decision by PayPal Holdings Inc. to allow its customers access to cryptocurrencies. Then there is always FOMO, or fear of missing out, as prices lunge higher. For crypto evangelists, these developments are just the first junctures on the road to ubiquitousness.

"You suddenly have this nearly perfect backdrop that is not only lending validity to the asset class, but is also really demonstrating its staying power," said Michael Sonnenshein, managing director at Grayscale Investments, which operates the largest exchange-traded crypto trust. It's "once again showing investors no matter how many times it gets challenged, that it has a way of emerging almost stronger or demonstrating its ability to be really, really resilient".

Amid Bitcoin's euphoric run this week, Fundstrat Global Advisors strategist David Grider lifted his price target for the end of 2021 to $25 000 from $16 500, or about another 40% higher than Friday's closing price.

Grider relies on an internal model that looks at valuations and takes into account prices for cryptocurrencies. Back in 2017, when Bitcoin rose to near $20 000 - its record high - his framework showed the coin was in an "incredible bubble". He says he got that call right and is confident his model will work this time, too.

"History doesn't repeat, but it rhymes," said Grider, the firm's head of digital asset strategy. "The audience is bigger, the market is bigger, it's a little more institutionalised - you have different fields of capital coming in."

To be sure, Grider's forecast sounds familiar to crypto veterans. Fundstrat co-founder Tom Lee had started 2018 with a year-end price target of $25 000, before eventually abandoning time frames for his predictions in December when it was around the $3 000 to $4 000 range.

Still, crypto fans are citing plenty of reasons for why it can continue its run this time around. Famed billionaire investor Mike Novogratz says he sees "tonnes of new buyers" amid "little supply".

Novogratz, who is the founder of Galaxy Digital, hasn't been shy about his views on Bitcoin and this week said he sees it reaching $65 000. His comments came via Twitter in response to a question posed by "Game of Thrones" star Maisie Williams, who asked her 2.7 million followers if she should invest in the coin. (She did.)

Bitcoin would need to more than triple to reach Novogratz's target. In November 2017, the former hedge fund manager had forecast that the coin would reach $40 000 by the end of the following year, only to see it finish below $4 000.

The most bullish mainstream projections are those that see Bitcoin reaching $100 000 or higher. Tom Fitzpatrick, a strategist at Citigroup Inc., made a splash this month when he said the crypto could potentially reach as high as $318 000.