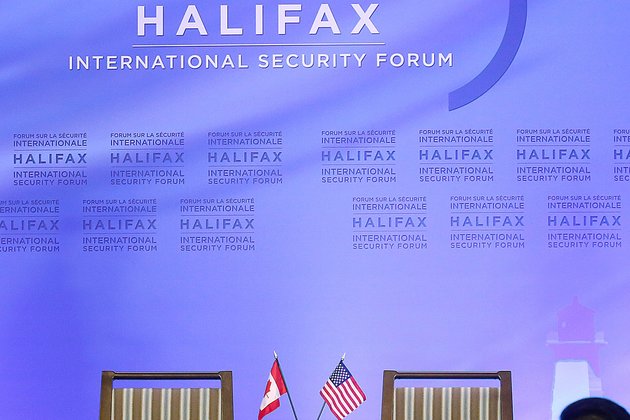 Everyone had something to say about China at this year's Halifax International Security Forum.

From U.S. Secretary of State Mike Pompeo to NATO Secretary General Jens Stoltenberg, speakers at this national security conference speculated about China's ambitions, strategies and how the world should respond.

"The Chinese Communist Party has presented enormous risk to the systems, the foundations, and the values that democracies all across the world hold dear," Pompeo said.

Incoming President-elect Joe Biden has also been critical of China, but it is unclear how or if the new administration will change course in dealing with Beijing.

The forum's mission is to foster cooperation between democracies, and it frequently includes speakers critical of China and Russia. Last year, Cindy McCain presented the 2019 John McCain Prize for Leadership in Public Service to "the people of Hong Kong."

During the Trump administration, Washington has ramped up the rhetoric against Beijing, entered a trade war and taken other measures.

"President Trump has stood up to China," Coons said, "but not in the most effective or coordinated way."

The Biden presidency, Coons said, would be more effective by working with allied countries against Chinese expansion.

Stoltenberg, the secretary general of NATO, took a more conciliatory tone than Pompeo.

"China is not an enemy. China is not an adversary," said Stoltenberg, citing the benefits of working closely with a rising China. However, Stoltenberg acknowledged there were challenges in the relationship with China.

Beyond China and Russia, the forum tackled domestic issues within the U.S. and other countries, such as racial justice.

Founded 12 years ago, the forum is an opportunity to network and build relationships, its founder says.

"Our mission as an organization is to enhance strategic cooperation among the world's democracies," Peter Van Praagh, the forum's founder and president, told VOA. Van Praagh says the forum brings together leaders "to really tackle the world's toughest challenges."

Some participants said the forum was a success this year despite the obstacles posed by the pandemic.

"This is a time of uncertainty and anxiety, but as a strategic matter, the democratic model ultimately sits on the right side of history," said Lincoln Bloomfield Jr., a former top State Department official. "Much work lies ahead to fulfill its superior potential."

Matthew Bryza, a former U.S. ambassador to Azerbaijan, said the forum gave him "a renewed confidence that the free world may be battered and challenged, but remains on track for the next phase, strengthened by our advanced technologies and shared democratic values."