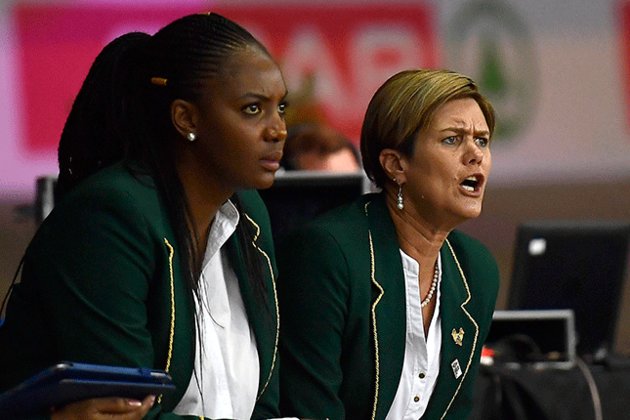 The Proteas, who are 5th in the world rankings, take on the sixth-ranked Malawi Queens in three Tests from 26-29 November at the Sun City Superbowl.

Earlier in the month, Badenhorst and assistant coach Dumisani Chauke worked with a pool of 30 players during a recently concluded three-day training camp in Sun City.

The coaching duo eventually whittled the team down to 15 players with some familiar names and youngsters in the mix.

"We have had to look at a group of players to choose from and our challenge was always balancing experience with new blood," said Badenhorst on Tuesday.

Badenhorst revealed that she picked her 15-player squad thinking ahead of 2023 Netball World Cup in Cape Town.

"The goal is 2023 so we needed to make sure that we pick the best for this series and also make sure that each player that is here will get a run so we can see what they can do," said Badenhorst.

"The mood in the camp is high and I think we pushed ourselves hard today at training."

The two have met 33 times and the Proteas winning 20 times, drew once and lost 12 times.

The first Test is set to get underway on Thursday at 19:00. All games will be broadcast live are on SuperSport Variety 4.

WASHINGTON, DC - The International Monetary Fund (IMF) has said the global economy is projected to grow by 5.5 per ...

SYDNEY, NSW, Australia - Stocks in Asia were mixed on Wednesday.Japan's Nikkei 225 eked out a small gain despite concerns ...

IMF predicts Indian economy to grow at staggering 11.5 per cent

New Delhi [India], January 27 (ANI/Big News Network): India will reclaim the status of the world's fastest-growing economy, and will ...

NEW YORK, New York - U.S. stocks were out of favour on Tuesday with the main indices drifting lower.At the ...

NEW DELHI, India - After clashes between protestors and police in several parts of Delhi, farmers on Tuesday, the Samyukta ...

On Friday, January 22, 2021, the Treaty on the Prohibition of Nuclear Weapons (TPNW) became international law for the 122 ...

Since September, the devastation wrought by the COVID-19 pandemic has deepened, infecting close to 100 million people, costing more than ...