How To Watch Joshua VS. Usyk Live Streaming in The UK and Overseas 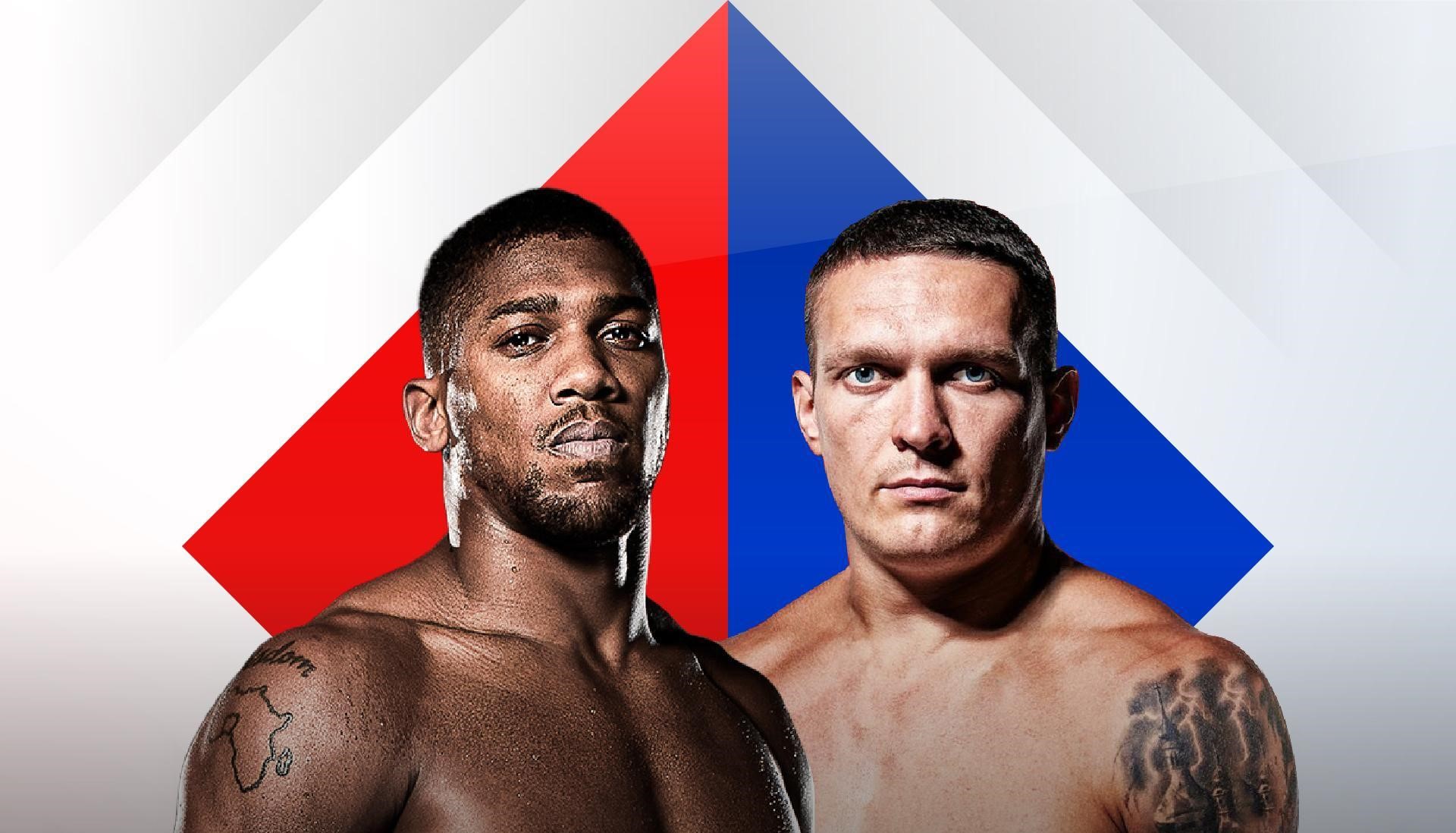 Joshua was originally scheduled to face WBC champ Tyson Fury to unify all four recognized heavyweight championships, but Fury was forced to defend his belt in a trilogy fight with Deontay Wilder instead. Joshua received no easy opponent in exchange, being forced to face mandatory challenger Usyk in a dangerous showdown between two of the sport's best fighters

The undercard action gets underway at 1 p.m. ET with the main event ring walks expected at approximately 5:10 p.m. ET. Fans can purchase the event via traditional PPV methods through their local cable providers. It will also be live for any active DAZN subscribers through the website or app. The rest of the fight card and viewing information is listed below.

Watch a Joshua vs Usyk live stream for free

Boxing fans in 170+ countries can get a Joshua vs Usyk live stream on DAZN. Subscription to the fast-growing sports streaming service costs $20 a month in the USA, but it's much cheaper in Australia, thanks to the introductory price of just AU$2.99.

Luckiest of all, though, are those in Canada who can enjoy a FREE DAZN trial for their first 30 days with the service. There's no contract and they can cancel at any time. Worth knowing, right?

Watch a Joshua vs Usyk live stream in the UK

DAZN has the rights to stream Joshua vs Usyk live in 170+ countries including the USA, Canada, Australia and New Zealand.but not the UK.

Sky's coverage starts at 6pm BST. The first 30 minutes is free on the Sky Sports Boxing YouTube channel. After that, you'll need to head to Sky Sports Box Office and pay the Pound 25 fee.

Sky Sports Box Office is also available on BT TV: tune to channel 496 or search for the event in the BT Player.

The Joshua vs Usyk ringwalks are expected around 10pm British Summer Time.

How to watch Joshua vs Usyk live streaming platforms?

Not all fans like to watch their favorite sport and show with the aid of a cable connection. In the times of Internet Progression, they will find numerous online channels and streaming options. These services can allow you to watch Anthony Joshua vs. Oleksander Usyk fight live without any hindrance.

Therefore, without any further delay, let's check out and find the live streaming channels.

The fight will air in the US exclusively via live stream at DAZN. The fight will be included as part of a subscription, which runs $19.99 per month or $99.99 for the year. Fight fans in the United Kingdom can watch the fight on Sky Sports Box Office, where it will run Pound 24.95 in Britain and €27.95 in Ireland. The preliminary card gets underway at 1 p.m. ET and we can expect Joshua and Usyk to hit the ring sometime in the 5 p.m. hour.

DirecTV Now is a subscription service offered by cable company DirecTV. It gives users access to 65+ TV channels that can be streamed to your favorite device, all you need is a data connection. Subscriptions are available to customers that use DirecTV cable services and Showtime is one of the channels that are available.

Sling TV is an online streaming platform that gives subscribers access to a variety of different tv channels. SlingTV has different subscription packages thus you can find one that has all of the channels that you need. Before signing up for a specific SlingTV package make sure that it features all of your favorite channels. Showtime is your one stop shop for boxing, boxing fans need to make sure that they always have access to it.

PlayStation Vue is a live streaming TV service offered by gaming giant, PlayStation. For $45 a month subscribers can stream all of their favorite tv channels to their favorite devices. Vue offers a 5-day free trial that boxing fans can take advantage of in order to gain access to Showtime. Since the fight is available on PPV fans will still have to pay to view it even with access to PS Vue.

How to watch Anthony Joshua vs. Oleksander Usyk live stream on social networks?

Social media sites such as Facebook, Twitter and Reddit will offer extensive coverage of the fight. This coverage will include fight stats, analysis, interviews and much more.

Starting off with the basics, the official channels are one of the best ways to watch Joshua vs Usyk Fight online Boxing Streams Reddit. Yes, with official channels, you will get quality streaming along with some good features.

However, with Reddit, you will have to invest some good time of yours to find those links. After you have got the links, then you can easily go ahead and have a good speed net connection. But we can easily enjoy the whole ceremony by following our Reddit channel for free.

SYDNEY, NSW, Australia - Asian stock markets were wary on Thursday after major falls on local markets and overseas over ...

Big jump in can costs could close many small craft beers: officials

BROOMFIELD, Colorado: One of the world's largest suppliers of aluminum cans, Ball Corp, is increasing the minimum number of cans ...

NEW YORK, New York - A single case of Omicron, that being the first in the U.S., sent stocks into ...

DHAKA, Bangladesh - Following a bomb threat on board, a Malaysia Airlines flight made an emergency landing at Hazrat Shahjalal ...

PARIS, France: The rebuilding of Notre Dame Cathedral in Paris has come under fire from critics, after the new plans ...

Lebanese take to streets as currency drops 90% in value

BEIRUT, Lebanon: Protesting Lebanese took to the streets, lighting tires on fire and blocking roads throughout Lebanon to express their ...

Stowaway survives in landing gear on Guatemala flight to Miami

MIAMI, Florida: A stowaway has been found alive in the landing gear of an American Airlines plane that flew from ...

PARIS, France: The French government is offering increased autonomy for the Caribbean island of Guadeloupe, after COVID-19-related riots and long-running ...