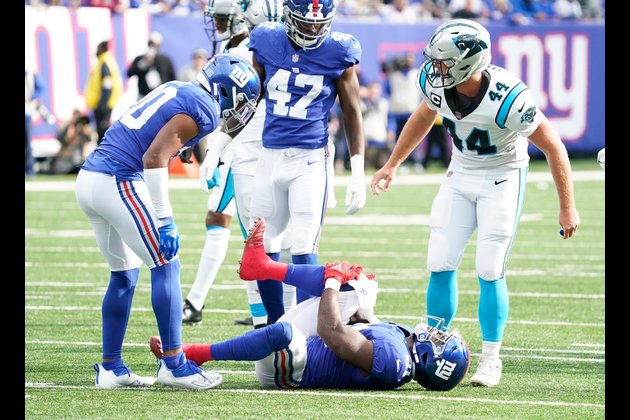 New York Giants safety Jabrill Peppers ruptured his ACL and is done for the season.

Peppers, 26, injured his knee -- and suffered a high ankle sprain -- in Sunday's win over the Carolina Panthers. He was hurt in the third quarter.

Peppers is the third of the Giants' seven captains to suffer a season-ending injury, joining Nick Gates and Blake Martinez.

Peppers has 30 tackles in six games (five starts) this season. He's also returned nine punts for an average of 7.1 yards per return on the season.

He has four career interceptions in 61 games (59 starts) with the Cleveland Browns (2017-18) and Giants. Peppers was part of the trade that sent Odell Beckham Jr. to Cleveland.