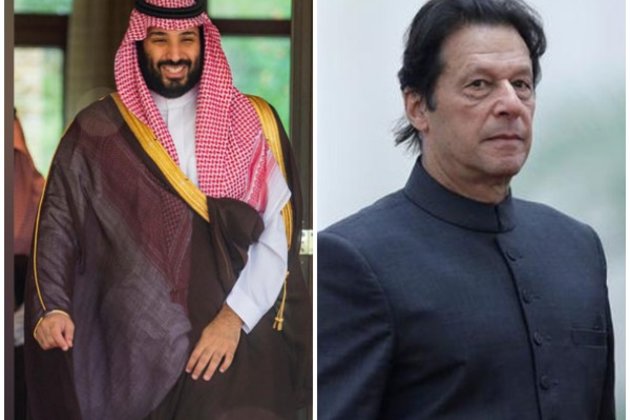 The announcement was made by Saudi Fund for Development on Tuesday, Geo News reported.

The Saudi Fund for Development said it is depositing $3 billion in the State Bank of Pakistan (SBP). It added that an official directive was issued to supply $1.2 billion to finance Pakistan's oil products trade during the year.

This comes as a respite for Pakistan, which is battling a deep economic crisis.

The news was confirmed by Information Minister and Energy Minister Hammad Azhar.

"This will help ease pressures on our trade and forex accounts as a result of global commodities price surge," Azhar said as he shared the news.

Back in May, Federal Minister for Information Fawad Chaudhry had said Saudi Arabia had agreed, in principle, to revive the facility of oil supply to Pakistan on deferred payments.

Finance Minister Shaukat Tarin had repeated earlier this month that Saudi Arabia had agreed to provide oil on deferred payment to Pakistan.

Earlier, Saudi Arabia had provided a USD 6 billion financial package, including $3 billion deposits into the State Bank of Pakistan and the remaining $3 billion for oil facility on deferred payment on an annual basis.

Last year, the decade-long friendship between both countries took a sharp turn when Foreign Minister Shah Mehmood Qureshi's issued a blunt warning to Saudi Arabia after the latter refused to act against India over the Kashmir issue.

On the first anniversary of the revocation of Article 370 by India, Qureshi took Saudi Arabia to task in a TV interview for not obliging Pakistan over the issue of 'organising' a meeting of the Council of Organization of Islamic Cooperation (OIC) Foreign Ministers (CFM) on Kashmir in early February 2020.

Riyadh has helped Islamabad many times including helping in paying for Pakistan's first batch of F-16 fighter aircraft in the 1980s and providing USD 6 billion loans that helped Pakistan tide over its balance of payments crisis just two years ago.

Saudi Arabia had come to Pakistan's rescue in 2018 when it had agreed to provide USD 3.2 billion worth of oil on deferred payments per annum as part of its USD 6.2 billion packages to help Pakistan tide over its balance of payment crisis. (ANI)