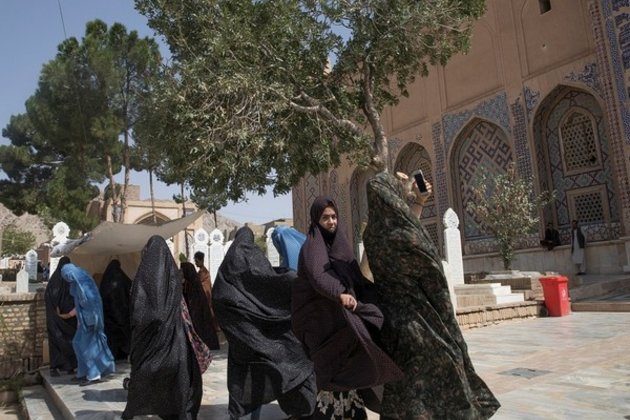 Kabul [Afghanistan], October 28 (ANI): As the Taliban returned to power in Afghanistan twenty years after their ouster by the US, activists are raising concerns over the fate of Afghan women and their rights.

They are simply being denied access to education and jobs, so what to talk of women's participation in political affairs in the country?Following the initiative of Manel Msalmi, a feminist and human rights activist, an international conference was organised last week on October 21 at the liberal party headquarters in Brussels entitled "The situation of women's rights in Afghanistan after Taliban Takeover " which discussed women's rights and how to support young women and girls to have access to education and jobs, Europa blog reported.

It has been over two months when the Taliban captured Kabul after an aggressive and rapid advance against Afghanistan government forces after US military drawdown.

Zarifa Ghafari, the first female mayor in Maidan Shar said that the actions and the speeches of the Taliban are not compatible and that the west should not be mistaken by their promises, Europa blog reported.

Lailuma Sadid, an Afghan journalist and human rights activist mentioned that we need to support journalists and freedom of speech in Afghanistan and that the opposition is denied its right to have access to the political scene.

Ahmad Wali, a researcher in VUB stressed the fact that the European Union (EU) and the West has a responsibility towards the Afghan people and that they need to listen to civil society and not to fall into the trap of negotiating with the Taliban, Europa blog reported.

Andy Vermaut from AIDL mentioned that the EU should guarantee the respect of human rights especially regarding women and the LGTBI community and that violence against women in Afghanistan is really alarming.

Madina Hamidi, a Top model and a feminist stressed the fact that we need to respect the freedom of belief and religion which is violated by the Taliban who impose the Islamic law on non -believers and that the west should protect the individual freedoms of the Afghan people including non-believers, Europa blog reported.

Meanwhile, the number of women throughout Afghanistan have held several protests in Kabul to protest against the closure of schools for girls and slammed the international community for their inaction about what is going on in Afghanistan.

In addition, the activists protesting throughout Afghanistan also called on the Taliban to ensure basic rights, representational government, and municipal authorities. (ANI)