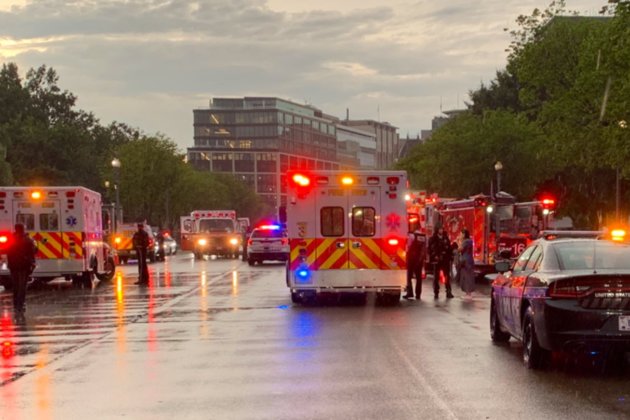 Multiple people are in ?critical condition? following a lightning strike in Washington, DC

"Apparent lightning strike Lafayette Park NW," the District of Columbia Fire and Emergency Medical Services Department said in a tweet, adding that first responders were "on scene in the process of treating and transporting 4 patients, all in critical condition."

JEDDAH, Saudi Arabia: In a Twitter post published this week, Saudi Arabia's Kingdom Holding said it had invested in Russian ...

Asian stocks rally across the board, Nikkei 225 surges 354 points

DHAKA, Bangladesh A preliminary investigation into the tragic crane accident that killed five people in Uttara on Monday has found ...

HANOI, Vietnam: The Vietnamese government is considering building a high-speed railway, with a possible cost of up to $58.7 billion, ...

NEW YORK, New York - Stocks were decidedly mixed in the U.S. on Tuesday as investors struggled to make a ...

Would a new Cold War be in the best interest of the United States?

As China unleashed live-fire military exercises off the coast of Taiwan, simulating a real "reunification by force" operation in the ...

NAYPYIDAW, Myanmar - According to a legal official, a court in Myanmar has sentenced former leader Aung San Suu Kyi ...

BEIJING, China: Following a meeting between their foreign ministers, China and Nepal have agreed to build the Trans-Himalayan Multi-Dimensional Connectivity ...

SACRAMENTO, California: California Governor Gavin Newsom is proposing to give a $1.4 billion government loan to extend the life of ...

NEW DELHI, India: A government order released to reporters this week said New Delhi will continue to enforce a mask ...