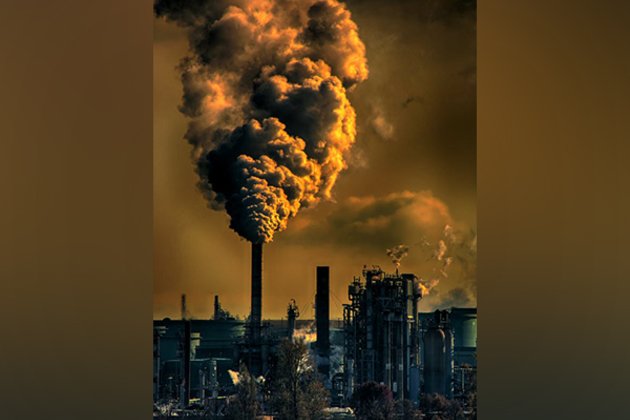 Washington [US], August 5 (ANI): A study has revealed mild exposure to common smog pollutants such as inhalable airborne particles and carbon monoxide during pregnancy results in adverse maternal and fetal health outcomes.

The study was published in the journal, 'Open Medicine'.

China has experienced significant economic growth in recent decades. While this has increased prosperity, it has come at a cost in the form of industrial pollution. The air quality in many Chinese cities is very poor compared with most cities in developed countries with less than 1% of the largest Chinese cities meeting acceptable standards of air quality. Smog seriously threatens human health, and pregnant women and fetuses are more susceptible to its effects than the general population.

The study paints a stark picture of the ill effects of common air pollutants on pregnant women and their unborn children and highlights the need to couple economic growth and industrialization with environmental protection.

"The findings of our analysis may help decision-makers to develop targeted policies and environmental measures to reduce the health hazards of air pollution," the authors conclude.

SYDNEY, NSW, Australia - Stocks were in the doldrums in Asia on Friday as investors weighed up potential Federal Reserve ...

NEW DELHI, India: After a decline in prices reaching a 2-year low encouraged investors to purchase silver in 2022, India's ...

NEW YORK CITY, New York: The American hedge fund Third Point has purchased a stake worth some $1 billion in ...

NEW YORK, New York - Investors were divided on Thursday as to where to send U.S. stocks. Jitters about inflation, ...

Through investments, European Union seeks to gain influence in Pacific

WELLINGTON, New Zealand: During his visit to New Zealand, Ambassador Sujiro Seam, Head of the Delegation of the European Union ...

US approves sale of hearing aids without medical prescriptions

WASHINGTON D.C.: The U.S. Food and Drug Administration has approved the sale of over-the-counter hearing aids for people with mild ...

DHAKA, Bangladesh - Michelle Bachelet has urged the Bangladesh government to establish an independent investigation into allegations of enforced disappearances. ...

LONDON, England: Despite a legal challenge in London's High Court in early September, the UK government is continuing to pursue ...

NEW DELHI, India: During his national day address this week, Prime Minister NarendraModi said India will seek to become a ...

Heathrow Airport to extend limit on passengers till October

BERLIN, Germany: Highlighting Berlin's increasing focus on assisting in the Indo-Pacific region amidst rising tensions with China over Taiwan, Germany ...